Kennedy to continue scaling Axonius Federal Systems, building on its 152% year-over-year growth in 2021

NEW YORK, July 28, 2022 /PRNewswire/ -- Axonius, the leader in cybersecurity asset management and SaaS management, today announced it has appointed Tom Kennedy as its Vice President of Axonius Federal Systems LLC, the company's government-focused subsidiary. As vice president, Kennedy will be responsible for building on the program's growth, expanding the impact and reach of the Axonius platform within the federal marketplace. 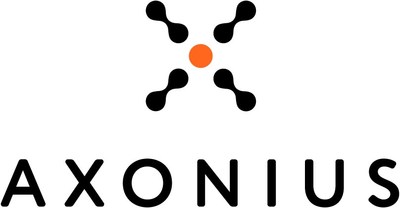 Prior to joining Axonius, Kennedy was Vice President of Public Sector at Rubrik, where he helped to accelerate the company's federal sector growth. He previously served as Vice President and General Manager, Public Sector at Veritas, where he led the company's federal, state and local, education, and healthcare divisions. He held several leadership roles at Symantec before they spun off Veritas.

"Tom has extensive experience in public markets, and he understands fully and completely the numerous cybersecurity challenges currently facing federal agencies," said Dean Sysman, CEO and Co-founder of Axonius. "By combining his background with the simple, but comprehensive approach of the Axonius platform, more government agencies will come to understand the important role cybersecurity asset management plays in strengthening our nation's cybersecurity through enhanced visibility into assets and issues."

In May 2021, the Biden administration issued Executive Order 14028, Improving the Nation's Cybersecurity, which directs decisive action to improve the Federal Government's cybersecurity capabilities. Included in that EO is a mandate that all government agencies understand their assets and corresponding relationship to security policy expectations. Axonius enables agencies to meet this expectation by providing organizations with a complete and accurate asset inventory, helping them to discover security coverage gaps and then enabling them to take steps to automate and enforce security policies.

"I've long held the belief that accurate asset management is foundational to any cybersecurity program," said Tom Kennedy, Vice President of Axonius Federal Systems. "You simply can't secure what you can't see, and Axonius eliminates that challenge. I joined the company because I believe in the platform, and I know that by helping government agencies gain visibility into their assets and security gaps, we can give them confidence in their ability to comply with regulations and keep their agencies secure."

Since the formation of Axonius Federal Systems LLC, the 4.0-f version of the Axonius Cybersecurity Asset Management solution has been certified by the National Information Assurance Partnership (NIAP) as having passed Common Criteria validation. As a result, government agencies that require NIAP validation from vendors can now leverage Axonius to reduce cyber risk and gain asset visibility across their environments. To learn more about Axonius Federal Systems, visit the website.

Axonius gives customers the confidence to control complexity by mitigating threats, navigating risk, automating response actions, and informing business-level strategy. With solutions for both cyber asset attack surface management (CAASM) and SaaS management, Axonius is deployed in minutes and integrates with hundreds of data sources to provide a comprehensive asset inventory, uncover gaps, and automatically validate and enforce policies. Cited as one of the fastest-growing cybersecurity startups, with accolades from CNBC, Forbes, and Fortune, Axonius covers millions of assets, including devices and cloud assets, user accounts, and SaaS applications, for customers around the world. For more, visit Axonius.com.